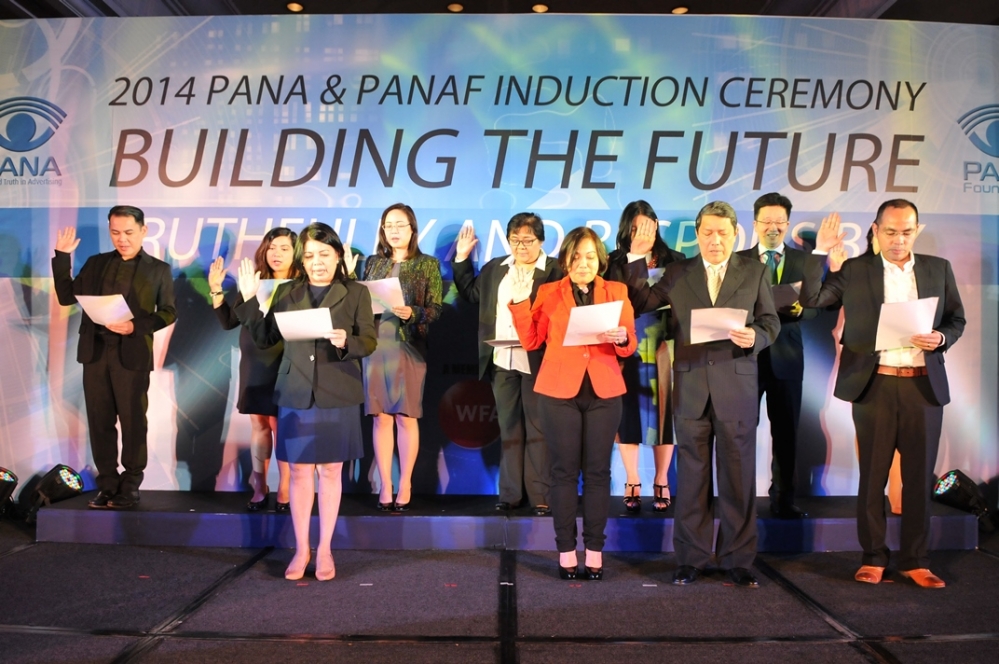 PANA and the PANA Foundation (PANAF) kicks off 2014 with the induction of this year’s officers and board of directors, led by Senator Grace Poe on January 27 at the InterContinental Manila.

Head of the Senate public information and mass media committee, Sen. Poe reminds PANA that just like senators who have power to influence, advertisers need to exercise the power to inform and persuade with mindfulness.

“We both have the ability to access media and this access affords us the power to amplify our views, sway public opinion and influence consumer preferences,” she said.

“But this power to influence and persuade can also be abused or misused. In the same vein a negative ad campaign can inculcate the wrong values to our impressionable youth or erode our traditional Filipino values. We should therefore wield our powers of public persuasion with great care and responsibility.”

The mission of PANA 2014, “Building the Future Truthfully and Responsibly”, falls in line with the senator’s beliefs on information and communication.

“We have the primary role in charting the industry’s destiny, and our own future responsibly and effectively,” said PANA president Blen Fernando.

Ms. Fernando, vice-president for marketing of Alaska Corporation, has been re-elected for a second term as PANA president.

The 2014 officers also include:

The board of directors comprises:

Together with the entire organization and the marketing communications industry, PANA’s leaders will continue to pursue best industry practices through the Ad Standards Council.

The organization also vows to carry on with its advocacies, like Responsible Advertising to Children (RAC).

“We’ve barely scratched the surface of RAC, and PANA will bring learnings from the World Federation of Advertisers, building bridges with them, as well as with local government units like the Food and Drug Administration, the Department of Health, the Movie and Television Review and Classification Board, the Department of Trade and Industry, and even the Department of Foreign Affairs,” Ms. Fernando said.

“The PANA roadmap will not change. It will continue to stand on the three strong pillars of responsible advertising, marketing excellence, business partnerships.”

PANAF, the advocacy and industry relations arm of PANA which is notable for its focus on the youth and future marketers, will support its founding organization’s mission every step of the way.

The board of trustees includes:

As the 2014 leaders of PANA are inducted into office, the challenges of building the industry’s future truthfully and responsibly begins – a goal the organization will see through 2014 and beyond.