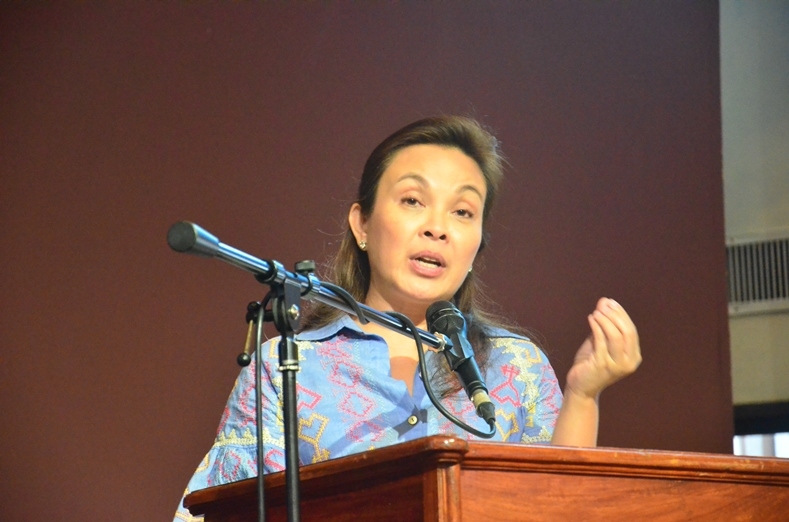 Storm surge or silakbo is a tsunami-like phenomenon that happens in coastal areas. The abnormal rise of water is caused mainly by strong winds during hurricanes or tropical storms.

The threat of a silakbo was largely underestimated in the Philippines until Typhoon Yolanda, internationally known as Haiyan, despite repeated and urgent warnings from the Philippine Atmospheric Geophysical and Astronomical Services Administration (PAGASA) in November 2013.

“It killed more than 6,000 people and caused damages at P571 billion. Storm surge – many said that they did not understand what it meant,” says Senator Loren Legarda in her talk, “Climate Change – Boon or Bane to Consumers and Businesses?” at the 7th PANA GMM.

“After Yolanda, there should not be any reason why Filipinos and the world cannot be convinced that climate change is a major national security, global issue. The challenge really is how to make it an everyday issue.”

The senator’s topic covers the threats and opportunities in climate change, and the threats are very real. Various studies indicate that the number and strength of hurricanes (also known as typhoons) may increase as a reality of climate change.

PAGASA estimates the number of typhoons in a year entering the Philippine Area of Responsibility at 19, six to nine of which usually make landfall. Last year, the Philippines was hit with 25 typhoons.

In the Asian Development Bank’s study on the economics of climate change, the Philippines is found to be at risk of losing six percent of its GDP annually by 2100 if the country disregards the consequences of climate change.

The loss of life, damage to property and business would be incalculable. Yet aside from the devastation of extreme weather disturbances, climate change also threatens access to food, water and clean air.

“Let us use the reach and breadth of traditional advertising and digital marketing for the greater good, so that we can help save lives, we can help inform people about vulnerabilities and preparedness, and build trust and resilience,” says Sen. Legarda.

Sen. Legarda believes companies should reduce their impact on the environment starting right now. They should also create strategies that protect ecosystems and a business continuity plan that ensures business resilience and employee welfare in the event of disasters as well as mainstream disaster risk reduction into corporate planning.

The potential for harm of climate change is a reality. But if we are able to make it an everyday concern, there is opportunity to mitigate it and save lives, property and business.