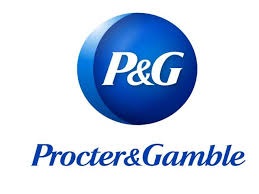 Procter & Gamble (NYSE:PG) announced new declarations aimed to propel gender equality across Asia Pacific, the Middle East and Africa, at its third annual #WeSeeEqual summit for the region. Hosted virtually for the first time, the event saw distinguished advocates and personalities from private and public sectors come together to address the challenges of gender and women’s equality, which have been severely impacted by the pandemic.

Built on the theme ‘#Unsaid and #Undone’, the summit brought together leading voices on Gender Equality to challenge the current discourse and commit to the actions needed for progress. P&G President for Asia Pacific, Middle East and Africa, Magesvaran Suranjan, announced the following declarations:

In the Philippines, the current P&G workforce in the cities of Cabuyao and Taguig has already achieved more than 50% gender balance, having 54% of the female employees working in the top management level. The Share the Care policy has also been launched locally last January which is a groundbreaking and industry-leading change as the Philippine law only mandates 7 days for paternity leave.