Google Android One Launch – Finally, a Smartphone for the Next 5B Mobile Net Users

You are here: Home » Industry News » Google Android One Launch – Finally, a Smartphone for the Next 5B Mobile Net Users 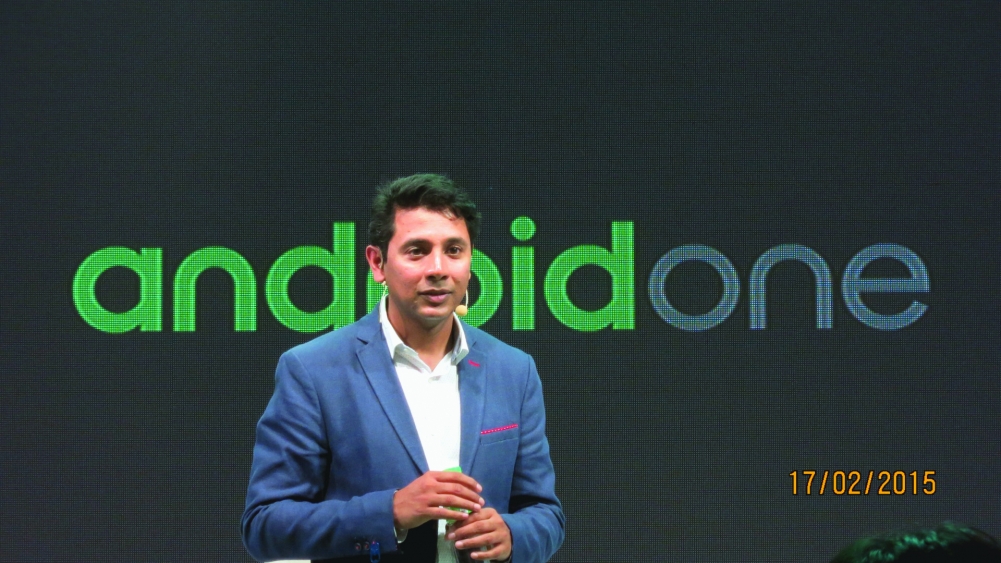 There are so many reasons for Google to launch their own android smartphones beyond the smart-alecky “Because we can”. Enter Android One, Google’s response to a global necessity wherein the vast majority people—over 5 billion—are not on smartphone devices, limiting their activity to simple calls and short text messages, and no Internet.

Where the Internet is deemed as the portal to endless opportunities, and mobile as its easiest route, Android One is a Google initiative to make high-quality smartphones available to a lot of people. The Philippines, an important market on the Google ecosystem, is the 6th country in Asia to have Android One.

Quick to the draw, local manufacturers MyPhone and Cherry mobile are offering the phone units for under P5,000.

Affordable though these phones are, Google has seen to it that they come packed with goodies that include the latest version of its Android Lollipop that will automatically update for the next two years. Lollipop has all the makings of a high-end phone, including longer battery life, edgy design, responsive, beautiful, and with lots of storage, camera, dual SIM, and an FM radio.

But there’s more to Lollipop than your digital tongue can lick off of. Through Google Play, Android One smartphones can access over 1 million apps that can send messages, make video calls, check info, play games, and engage in social media. And, of course, Google apps are built-in.

Caesar Sengupta, Google Vice President of Product Management, discussed all the attributes of the locally manufactured units, and shared some next steps. “We’re looking at optimizing Android One for work environments for SMBs, an area we deeply care about. That is something that I am responsible for. When we launch that, we will bring that to the Philippines,” says Sengupta.

According to Ken Lingan, Google Philippine Country Manager, “The Philippines is on the road to digitization, but our efforts to digitize the Philippines are not limited to everyday consumers and businesses. Our pillars are founded on what matter: Family, education, and the economy.”

The drive to get people online through affordable smartphones has merit. The Internet can connect 11 million OFWs with their families anytime, anywhere. In the same way, 25 million students can easily access a wealth of information online.

Smartphones can help grow the economy. At 6 to 7% growth, the Philippines is one of the fastest in Southeast Asia. “But our growth is not inclusive. Agriculture employs 30% of the population, but only account for 11% of GDP. What if our farmers can easily access the Web for information on produce, price and the market? Immense growth potential is for other sectors, too, from micro entrepreneurs to big business,” stresses Lingan.

It took local manufacturer MyPhone up to five months to produce Uno, which is quite quick. However, having the first model out eases the way to producing other models. “Google was very helpful from concept to launch. Now, we know exactly what they want in terms of the specs. Moving forward, production will be faster, with more models from low- to high-end. It’s perfect for the Philippine market,” says Brand Manager Anna Medina.

Local telcos join the party with Smart and Sun giving Android One users free over-the-air updates to the OS, as well as some app downloads from Google Play for the first six months, not deducted from their mobile data plans. Through Globe’s network, Android One users can get better access to the Internet.

The need to reduce data costs is important, and Android One has YouTube offline, customized for emerging markets where there is low or no Internet connection. “In the Philippines, there is a challenge to get data. YouTube offline allows the user to download, then watch at a later time. This also works for business, giving them the opportunity to reach out to their audience even if they’re offline,” explains Lingan.

“Google’s Android One hopes to contribute to discover the power of the Internet on mobile. Imagine what 100 million Filipinos online can do to make this nation even greater,” he adds.