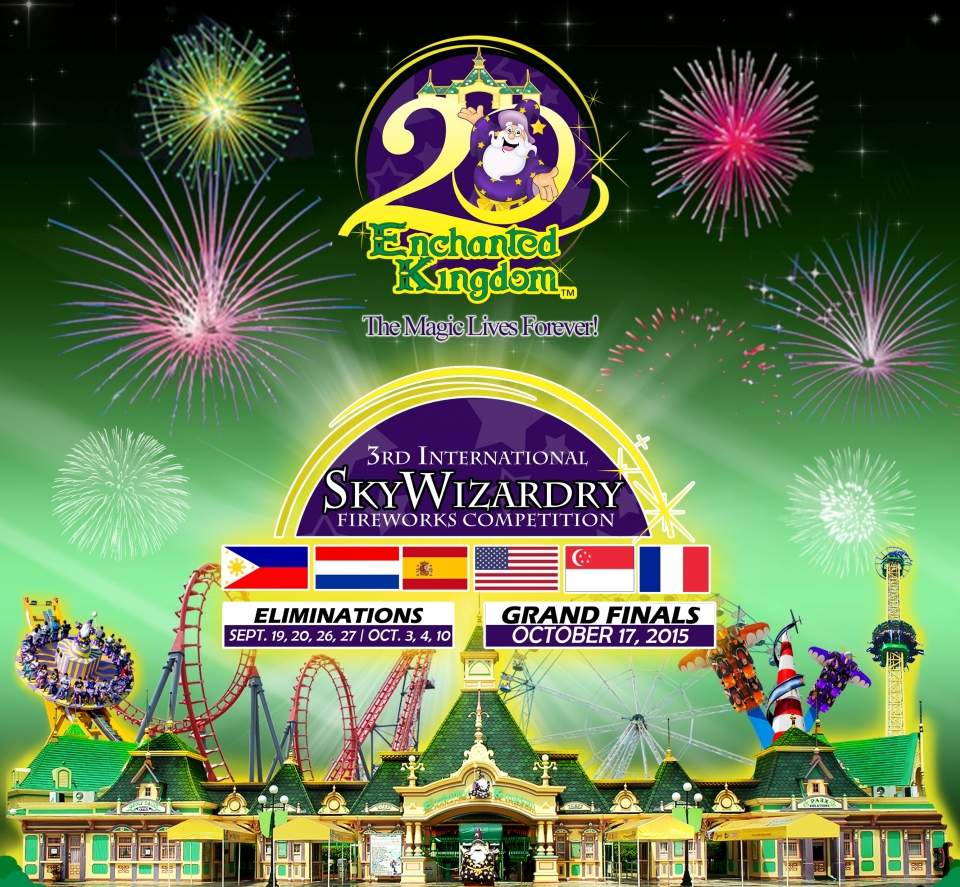 Join and witness the biggest and most spectacular celebration of Enchanted Kingdom’s 20th Anniversary. The first and only world-class theme park in the Philippines takes pride in celebrating its Emerald year on October 2015. As the country’s leader in the theme park industry, Enchanted Kingdom continuously promotes wholesome family leisure and entertainment to every Filipino and constantly delivers its promise of enchanting and magical experience to its guests.

Now on its 3rd year, watch out as Enchanted Kingdom paints the sky with vibrant hues of colors as it brings again the International Sky Wizardry Competition. Elimination starts for local competition on Sept 19, 20, 26, 27, Oct. 3, 4 &10. The national winner competes with foreign fireworks provider from Spain, USA, France, Singapore, Netherlands will compete in the Grand Finals on October 17, 2015.

Numerous exciting surprises and big events await this 20th anniversary celebration. Spread the word about this magical celebration only at Enchanted Kingdom, where the MAGIC LIVES FOREVER!